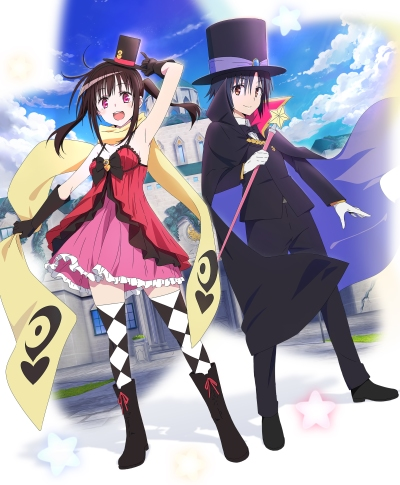 Based on the light novel series written by Matsu Tomohiro and illustrated by Yabuki Kentarou.
Fresh in his first year of high school, Shiranui Makoto came to Tokyo to seek an apprenticeship under his parent's acquaintance, world famous Illusionist Mamoru Hoshisato. Ever since watching a performance by Mamoru Hoshisato and his wife, Makoto had always wanted to be a Illusionist. The couple's daughter Kana (nicknamed Hatena), incidentally, was also his childhood friend. Though Tokyo is a constant source of many strange and chilling incidents, still, since Hatena would be by his side, Shiranui Makoto isn't too concerned.

Inside the Hoshisato residence known as a haunted house, Makoto receives a warm welcome from the butler Jeeves and the maid Emma, and meets Hatena once again. However, as much as Hatena welcomes Makoto's arrival, she and he don't really get along, and in the end...!?